This is the development server!

Welcome to the Battle of Columbus

It is hard to believe that it has been 41 years since the first Battle of Columbus (1976). It has been my privilege and honor to be your host, and I sincerely appreciate your support and encouragement. Founding a multidisciplinary championship to embrace the diversity of all martial arts in the most positive way has been one of my most treasured achievements. I could not have done it without you.

The Battle of Columbus was created to offer an opportunity for all martial arts practitioners around the world to compete in a variety of martial arts events to explore, test, and share the skills that they diligently and patiently developed.

Now, in this 42nd rendition of the Battle of Columbus Martial Arts World Games 2017, my passion for this pioneering event in the celebration of martial arts diversity is rejuvenated. I am more committed than ever to restore the Battle of Columbus to its former prominence and to raise it to even greater heights.

The Battle of Columbus has experienced an extraordinary past and I anticipate that it will have an even more extraordinary future. Neither past nor future would be possible without enthusiastic support from martial artists like you. In the spirit of coming together as a martial arts community, I encourage you to be a part of the movement towards creating a worldwide martial arts community – come to Columbus, Ohio on May 27-28, 2016, and participate in the Battle of Columbus Martial Arts World Games 2017. Become a part of living history.

Following the Battle of Columbus participants and families are encouraged to attend the world famous Asian Festival at Franklin Park (1775 E Broad St, Columbus, OH), on Sunday, May 28, 2017. One of the nation’s largest Asian culture gatherings, the festival boasts over 100,000 attendees, more than 100 performances, and many Asian food and goods vendors. The festival is a great opportunity for family time and enjoyment and to experience a wealth of Asian tradition and culture! Visit asian-festival.org for more information..

Sincerely in the spirit of martial arts, 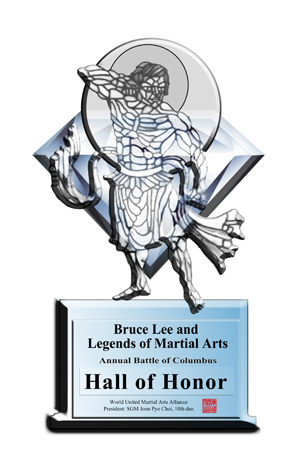 Past Sponsors and Vendors: